The impact of the Ukraine crisis on road freight transport

The conflict in Ukraine continues and with each passing day, its collateral effects carry on. The situation in the area has led to an unprecedented increase in the cost of key elements for the European continent such as gas, energy, and oil. But the impact of the conflict in freight transport goes beyond just the price of fuel.

Ukraine has many kilometres of borders with neighbouring countries that are crossed daily by thousands of drivers. In some cases, these accesses are currently closed. A similar situation is occurring in Russia, where practically all communication routes have been cut off due to the sanctions imposed by European administrations.

The International Road Transport Union (IRU) is monitoring the situation on these borders in real-time and its website shows that many of the roads in areas around the conflict zone are affected. The current situation is as follows:

Hungary/Ukraine: Borders are open. The rules for crossing borders in Hungary have not changed since the beginning of the crisis. However, waiting times have increased due to passenger traffic.

Moldova/Ukraine: Borders are open, except for the Kuchurgan-Pervomaisk crossing point, which is closed.

Poland/Ukraine: All border crossing-points are open. Vehicles with goods of Russian origin may have their cargo confiscated by Ukrainian customs authorities.

Romania/Ukraine: Borders are open. The Romanian Border Police is providing daily information updates on the situation at Romanian borders with Ukraine. You can find more on the English section of them website. In addition, the Police Border is also sharing the average waiting times at road border crossing points in this online application.

Ukrainian authorities at the Orlivka border crossing point into Romania (RoRo ferry across the Danube) have started to release all trucks (including those carrying goods of Belarussian and Russian origin, or those heading onwards to Belarus and Russia), as of today, except for trucks carrying food products.

Slovakia/Ukraine: Borders are open. The border crossing point from Višné Nemecké in Slovakia to Užhorod in Ukraine (the only one processing goods transports of over 3,5t) is open and trucks are being continuously processed. Transport of people has priority over goods.

Turkey/Ukraine (Ro-Ro via Black Sea): No Ro-Ro movements are currently possible. All Ukrainian ports are closed until further notice. Trucks already in ports should wait for further guidance from authorities.

On the other hand, in response to the solidarity with the Ukrainian people, which is coming in large part thanks to the truck drivers, the European Commission has adopted operational guidelines for the management of external borders to facilitate crossings between the EU and Ukraine. These measures include the following points:

- Simplification of border controls for vulnerable persons, such as children, as well as for transporters who are in Ukraine while providing their services.

- Special provisions for border crossing by rescue services, police and other security forces, irrespective of nationality.

- Establishment of emergency support lanes, to ensure access and return of organizations providing humanitarian assistance to people on Ukrainian territory.

- Outside the Schengen area, exemption from customs duties and measures to facilitate the entry of pet animals' traveling with their owners from Ukraine.

In addition, and to reduce congestion at borders, flexibilities may be applied regarding certain categories of travelers, including transport workers, regardless of nationality, who hold valid documents proving their occupation.

Finally, it has also been proposed that EU Member States establish temporary border crossing points for the duration of the conflict, as well as emergency support lanes. In this regard, if the border crossing allows it, the specific creation of truck lanes are encouraged to ensure both the supply of goods and services and the return of transport workers from Ukraine.

The crisis in Ukraine will have medium- and long-term effects that we do not yet know about, but which are sure to affect the sector. In the meantime, road freight transport is not standing still and continues to move forward to alleviate the effects of the war. 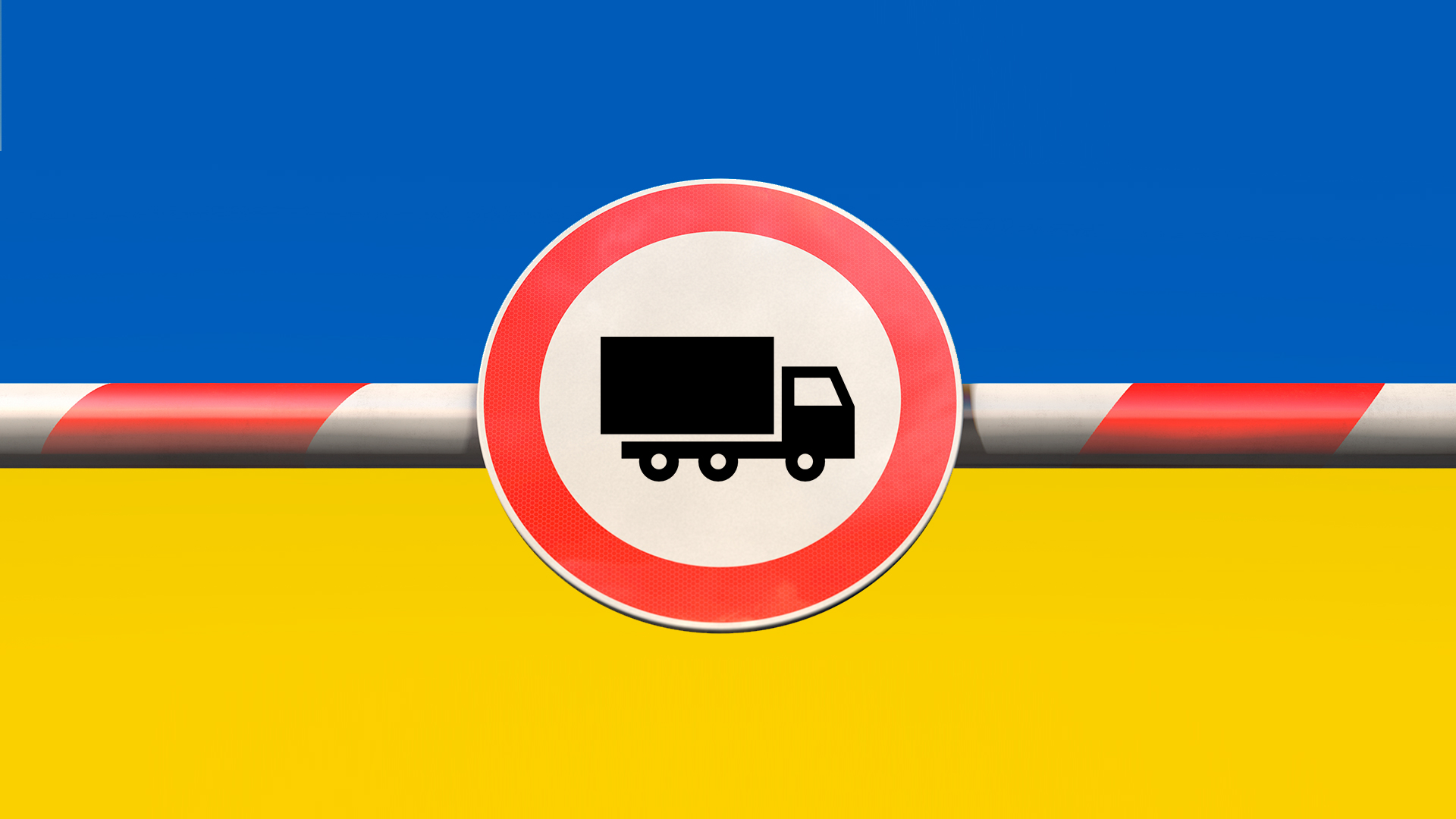